The month of March was full of anticipation for our trip to Orlando.  It felt like it took forever until it was time to leave and then the entire vacation went by way too fast!  But that’s pretty normal I think.  Last month I participated in a February In Numbers post and shared my month that way.  I had so much fun with that I decided to do the same thing for March, but kept it specific to our Orlando trip.  So here’s March In Numbers: Orlando Edition.

19.4 – Miles walked.  My husband has a smart watch that kept track of our steps/mileage while we were out and about.  Between our park day at Hollywood Studios and walking around Disney Springs, we did 17 miles.  I did some walking around the resort myself but I don’t have a smart watch so I kind of estimated the remaining 2.4 miles.  It actually might have been more if you count walking to and from the shuttles at the airport and the airport itself.  Suffice it to say, I definitely got my 10,000 steps in. *wink*

5 – Rides ridden at Hollywood Studios.  If you’ve been to Hollywood Studios, you know that it is a different kind of theme park in that it’s not very ride-heavy.  There are about the same number of shows as there are rides.  We rode almost all of them: Tower of Terror, The Great Movie Ride, Aerosmith Rock ‘n Roller Coaster, Star Tours and Toy Story Mania.  My absolute favorite is the Rock ‘n Roller Coaster!  I would have ridden it multiple times if we’d had more time. 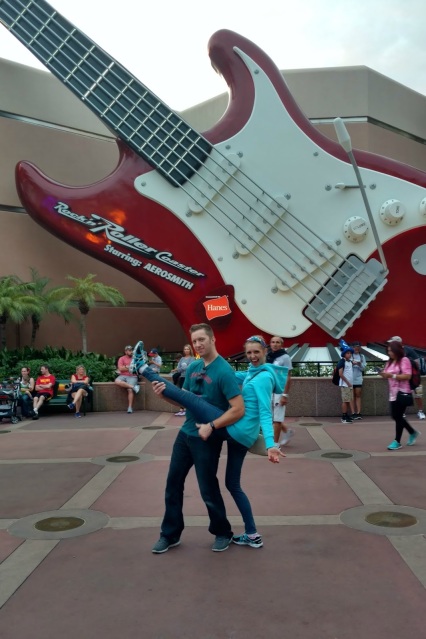 3 – Shows watched at Hollywood Studios.  Out of the three shows we watched–Muppet Vision 3D, Indiana Jones Stunt Show, Star Wars: Path of the Jedi–the best one was the Indiana Jones stunt show.  It’s really interactive because they bring people down from the audience and incorporate them into the show.  They do some real stunts and you get to see how it’s done and get a feel for how it might be if you were on a real movie set.

1 – Star Wars Fireworks show.  At the end of our day at Hollywood Studios, there was a really cool fireworks show centered around Star Wars.  They used multiple projectors to project images onto three of the largest buildings using a combination of all the different episodes that have been released.  There were lights that looks like lasers and tons of fireworks and of course, some of the most recognizable music in entertainment.  It was a great end to the day.

3,862 –  Miles flown.  We flew direct from Salt Lake City to Orlando and were able to get a direct flight back home as well.  On our flight to Orlando, there was a little screen in the seat in front of me where I could track where we were and how much farther we had to go.  It’s crazy to me that you can fly 5+ miles in only 30 seconds!

2 – Trips to the bathroom mid-flight.  This one is a little funny because although I’ve been on airplanes more than a few times, I’ve never actually used the bathroom on a plane.  My husband couldn’t believe it but whenever we’ve flown, it generally hasn’t been very far.  And after having been in one (twice) I can say that I’m terrified of being sucked down the hole!

8 hr 22 min – Time spent flying.  The flight to Orlando was pretty uneventful.  My husband watched a show, I read part of a book and the guy next to me almost fell asleep on my shoulder.  I did get a little teary-eyed as our plane lifted off thinking about our kids.  I’ve never been away from them for more than a night since our oldest was born over 5 years ago.  Our flight back was longer and harder to get through, although I was thankful for the window seat.  I read more of my book, watched Moana and dozed a little.  Oh, and used the bathroom. *wink*

253  – Pictures taken.  Yes, I literally counted all the pictures on my phone that I took during our stay in Orlando.  There are pictures of us on the plane, pictures of the hotel, food, rides, friends, my husband and I, and all the things you take pictures of when you go on vacation.  Looking back at the pictures now, a little over a week since we got back, makes it feel a little surreal since the minute we got home, we jumped right back into life. 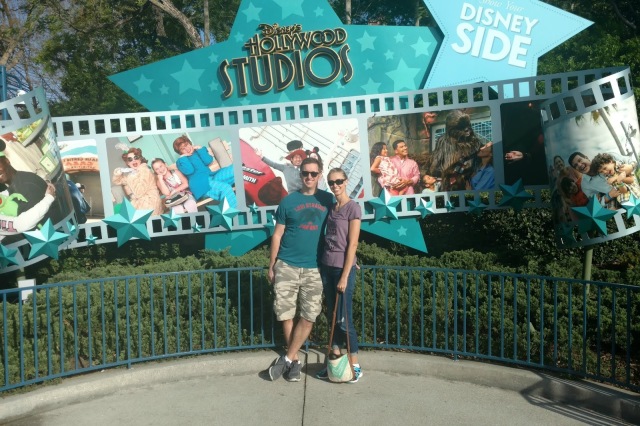 4 – Calls made to our kids. Each night, we called our kids about 30 minutes before their bedtime.  My mom watched them for the first two days and then my sister-in-law and her husband watched them the next two.  The kids were so cute and I could tell they were having so much fun.  One of the days we called, my son didn’t even want to stop what he was doing to come say hi!  Little stinker.

80 – Average daily temperature.  One of the things I was looking forward to most was warm weather and sunshine.  The forecast for home said it was supposed to rain the whole time we were gone so I was glad we missed that.  Unfortunately, it was a little bit rainy and windy one of the days we were there (the day I wanted to relax by the pool all day, of course) which was a little disappointing, but the other two days were mostly sunny and perfect for walking around without getting too hot.

2 – Girlfriends visited.  Another thing I was really looking forward to on this trip was the chance to see some friends I haven’t seen in a long time.  One was my friend Lara.  She and I danced on the ballroom team in high school and hung out a lot our junior year.  I lost track of her for a little bit until I got invited to her baby shower about 7 years ago.  I haven’t seen her since then because she and her husband moved out to Florida for his schooling.  She was sweet enough to pick me up from the airport, take me back to her house and feed me, and then take me to my hotel.  It was so great to catch up with her and we both agreed that we haven’t changed much since high school.  What do you think? 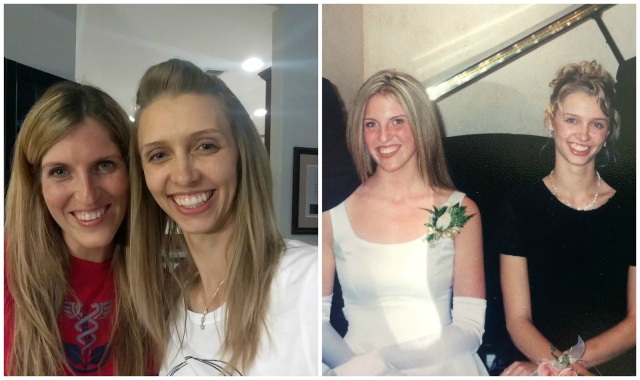 The other friend I got to see was a girl named Erica.  She and my husband actually dated in high school, but she and I really good friends.  She and her family moved away about 7 years ago so her husband could go to law school and then they moved even farther away to North Carolina and we haven’t seen each other in about three years.  When she found out I was going to Orlando, she and her husband decided to turn it into a vacation for themselves and visit at the same time as us.  We got to spend all day Friday with them at Hollywood Studios and then a part day on Saturday before we had to head back home.  It was SO good to see her and our friendship is one of those that just picks right back up where it left off, no matter how long it’s been.  We even went so far as to have matching shirts!  (tutorial coming soon!)

10 — Crab legs eaten.  I know I’ve already mentioned this on Instagram and my character dining post, but I LOVE crab.  It is one of my favorite foods and I wish I could have eaten more of it while we were in Florida.  The only reason I didn’t eat more than 10 legs was because I needed to leave a little room in my tummy for dessert. *wink*

0 — Items forgotten.  Woo-hoo!  Thanks to my handy packing list, I didn’t forget anything for my trip!  I’d definitely call that a win.  Especially since a toothbrush at the store in the hotel was $5. Yikes!

I hope you enjoyed my Orlando trip in numbers!  You can check out other March in Numbers posts on Shoes to Shiraz where I’m linking up.